Last weekend we were looking to get out and explore, and were trying to think of new places that weren’t more than two hours away. Ben and I had recently both realized that neither of us had ever been to Horseshoe Bend before. A day trip to Page, Arizona sounded perfect! Our first stop was the Glen Canyon Dam. We walked over the bridge to get a view of the dam and the water on the other side. If you know Rivers, you know he LOVES visitor centers. He was so jazzed to head inside and look at maps and all of the informative displays.

When Rivers was done checking out the visitor center, it was time to head to Horseshoe Bend. Ben and I had both prepared ourselves for the experience to feel like waiting in line at Disneyland, and we were pretty spot on. The parking lot was crazy (more on that later) and there were tour busses dropping people off by the hundreds. Once we made it to the cliffs, I queued up in line to get to the edge to shoot some photos. 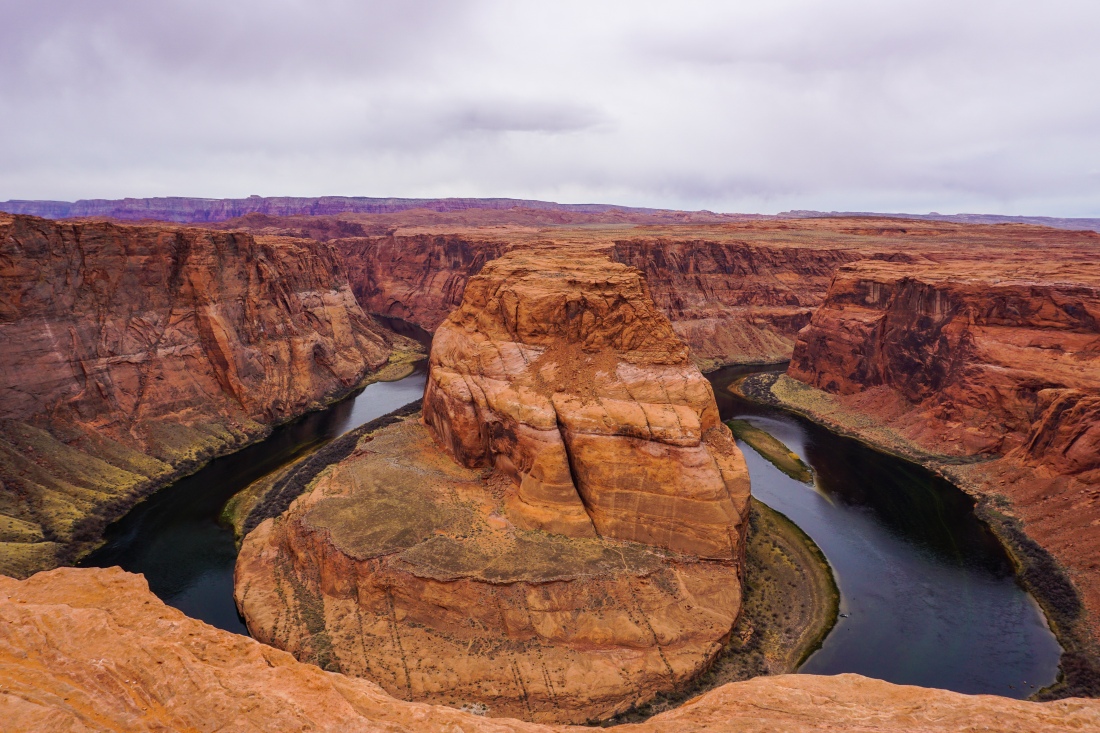 Let’s point out the obvious, you can’t see the unbroken flow of the water around the bend. That’s because I’m deathly afraid of heights and wouldn’t get any closer to the edge knowing how many random people were just inches behind me!

I was definitely a little bummed that the sky was pretty washed out, but I’m sure we will be back here again some day to try to get some better shots. After I was done getting my photos we were on the hunt for a random person who looked like they knew how to work a real camera and might be able to get a family photo for us. We ended up finding the sweetest woman with a beautiful accent. She nailed the angles and I couldn’t be more appreciative that the Universe put her near us at just the right time.

All decked out in our gear from Keep It Wild!

After the family photo ops it was time for Rivers to play in the sand. He had brought a Matchbox dump truck that he was desperate to put to use with all of the sand around.

Then it was time to head back to the truck and look for some dinner in Page.

We returned to the parking lot to find a surprise. Someone had literally parked right in front of the truck. We would have been completely trapped and parked in if one of the cars beside us had not left. To put it simply, people are crazy. If the people in the little yellow car had been planning to stay until sunset, we could have been trapped in our space for hours… 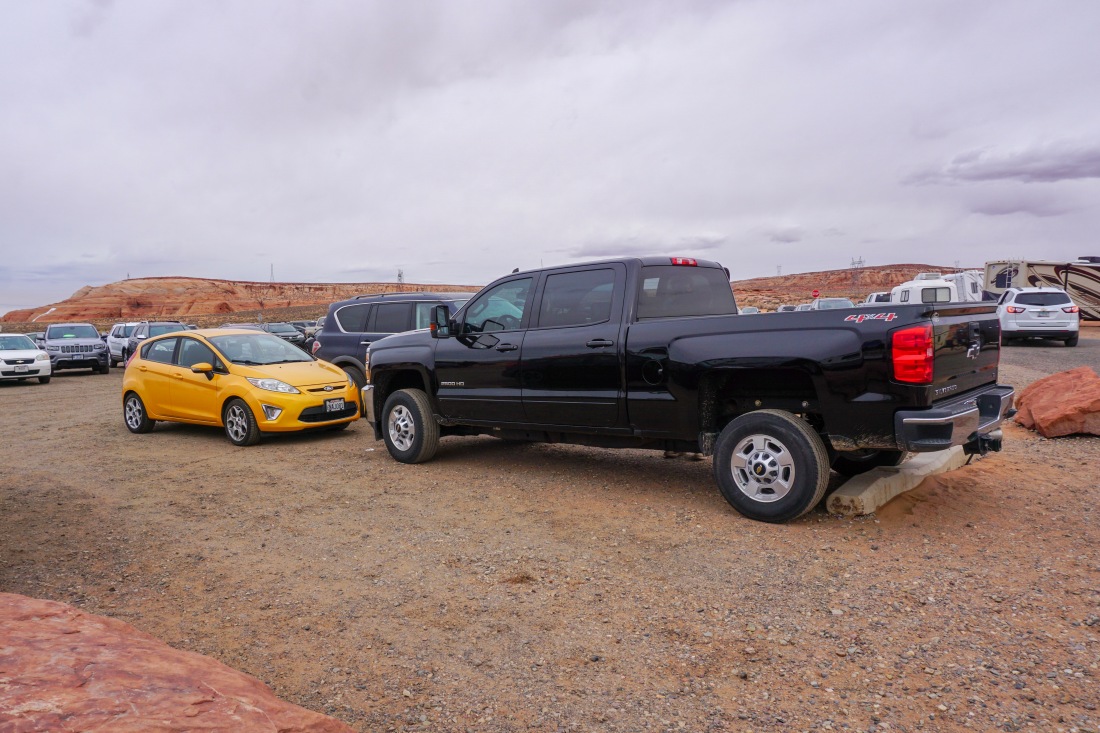 While Ben was in the process of trying to get us out, a car came along and tried to park in the empty space we were going to use to help us navigate out of our situation. We both ran up to their car windows begging them to find another spot so we could leave! They looked confused and didn’t seem to have noticed that we were parked in by the little yellow car. Once we were out, we were all able to laugh about it. I was pretty proud of myself for refraining from leaving an angry note on their car, especially since I still think they deserved it!

After the parking debacle we headed into Page to get some dinner. We went to Big John’s Texas Barbecue and it did not disappoint! We ate our food so fast that we forgot to take a picture. Now don’t get me wrong, it’s no Little Miss BBQ– that’s for sure. I don’t think I will ever have that caliber of barbecue anywhere else in my life.

All in all, it was a great day with my family exploring somewhere new. If there is one gift that RV life has given me that I appreciate the most, it is time exploring new places and making memories together.